How to Handle a Controversial Artist

You just confirmed your major artist for the year, they have a huge single on the charts, and you’re on top of the world.  After announcing the show, you are shocked to receive negative reactions to the announcement.  Students are up in arms about your artist choice in due to their misogynistic lyrics, recent offensive tweet, or arrest record.

I have seen too many students in this situation let their excitement deflate like a balloon.  Here are a few tips for how to deal with and potentially avoid controversy.

Before choosing an artist for your campus, research them thoroughly.  Check their lyrics.  Listen to all of their music.  Look through their social media accounts.  Google search their name, their name plus “explicit,” and their name plus “arrested” or “trouble.”  The goal is to not be surprised later on.  I work with several schools that ask me for a list of potential controversy associated with an artist before submitting their offer.

Chances are, your top artist choice has performed at other colleges.  Obtain references from schools that have booked this artist, and ask if they had any negative feedback when they announced the show.  Your middle agent can gather references for you.  Oncampus.live is another resource.

3. Be prepared to face controversy head-on

Once you have booked your artist, you are obligated to move forward and execute a contract.  As long as your university allows it, it is okay to book an artist with controversy associated with their name.  Respond publicly to negative backlash instead of ignoring it.  Explain the reasons you chose that artist.  Find interviews explaining the meaning behind lyrics, or stories of an artist’s journey to maturity.  Releasing positive news about the artist may help offset the controversy, while still addressing it.  You and your committee will prove that you made an informed decision.

It is impossible to please everyone.  There will always be those who don’t agree with your artist choice and are willing to voice their opinion.  Accept it, own your choice, and move forward.  Even the least controversial artists will elicit negative comments from students.  Remain confident in your decision, but be open to feedback.  Listen to your peers and invite those voicing strong opinions into your committee so they understand your artist selection process.

5. Ask the artist’s team to help

Last year a university booked a controversial artist but the tickets were selling well.  Some students voiced their opinions loudly about the artist’s misogynistic lyrics, so the artist agreed to address these concerns from stage by explaining the meaning behind his song lyrics.  The students with concerns felt their voices had been heard, the students planning the event felt they had faced controversy head-on, and the show received fantastic reviews.

Planning entertainment can be stressful.  You are never going to please everyone.  Don’t take it personally, face controversy head-on, own your choices, and be prepared.

Founder & Talent Buyer | How To Concerts

Jolene has been a middle buyer for over a decade, helping colleges and others with their concerts, comedians, and speakers. (And, yes, she is named after the Dolly Parton song.) She would love to talk with you about helping to book, plan, and prepare for your event.

Founder & Talent Buyer | How To Concerts

Jolene has been a middle buyer for over a decade, helping colleges and others with their concerts, comedians, and speakers. (And, yes, she is named after the Dolly Parton song.) She would love to talk with you about helping to book, plan, and prepare for your event.

Get your free guide to planning successful shows. 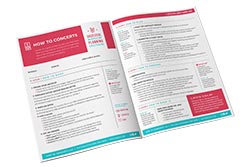 Get your free guide to planning successful shows!

Check your inbox! If you're already on our mailing list, email [email protected] to get the PDF.